I think it’s illegal to write anything about buoyancy without telling the story of Archimedes. So here goes.

Archimedes was a scholar who lived in Greece in the 200s BC. As the story goes, the king of Syracuse gave a local smith some gold and requested that it be turned into a crown. When the crown was finished, the king suspected that the smith had kept some of the gold for himself, replacing the stolen quantity with silver, which was much less valuable. Luckily for the king, there was a person in the kingdom who is recognized today as one of the greatest scientists, mathematicians, and inventors of all time. The king went to Archimedes and asked him to sort out the whole crown situation.

The crown was found to have the correct weight, but the smith could have put in just enough silver to match the weight of the missing gold. However, gold was known to be almost twice as dense as silver – in other words, one piece of gold would weigh about twice as much as an equal-sized piece of silver. So if the smith had indeed cheated, the crown would be bigger than expected – specifically, it would have a greater volume.

But nobody could figure out how to determine the volume of a shape as strange as an intricately-wrought crown. They could melt it and re-shape it into a nice cube (and just multiply length x width x height), but then the crown would be ruined.

END_OF_DOCUMENT_TOKEN_TO_BE_REPLACED

I’m psyched to present a new Pop Physics feature: Interview With A Physicist! We’ll be speaking to people working in all kinds of physics-related fields to get a better sense of what it’s actually like to spend your days probing reality’s deeper mysteries.

Our first interviewee is Greg Dmochowski, who’s half-way through a PhD in Physics at the University of Toronto, working in the impressive-sounding field of Experimental Quantum Optics. (The post gets a little long, but I couldn’t bear to cut it down any more than this. Too interesting.)

Pop Physics: What are you working on right now?

We are trying to make two beams of light interact with each other. “Interact” really just means that we want some noticeable effect to appear on one beam as a result of the other beam. Normally, light doesn’t interact with other light; two beams just pass through each other completely unaffected. But light talks a great deal with atoms. By looking at light after it’s passed through an atom, you can infer information about what state the atom was in. Equally importantly, the state of the atom can in turn be affected by the interaction with light – the interaction goes both ways.

So the basic idea is this: you have two light beams (lasers) and some atoms. You shine one of the lasers at the atoms and then measure this light after the interaction with these atoms. This first laser beam will be called the ‘probe’ beam. When you measure the probe beam, you will be able to infer something about the state of the atoms – how many atoms there were in the ground state, for example.

Now, while leaving this probe beam on and continuously measuring it, you then shine the second laser beam (the ‘pump’ beam) through the atoms. This pump laser will affect the atoms – transfer some of them into the excited state, for example. As a result, the original probe laser that you are measuring will feel this change in the number of excited atoms, and your probe measurement will indicate this. In effect, the pump beam has interacted with the probe beam, using the atoms as a mediator of the interaction. Strictly speaking, the two laser beams haven’t interacted with each other. But they have both interacted with the atoms in such a way as to be able to infer the presence of the pump beam just by measuring the probe beam.

END_OF_DOCUMENT_TOKEN_TO_BE_REPLACED 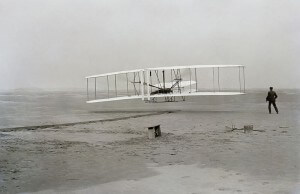 END_OF_DOCUMENT_TOKEN_TO_BE_REPLACED

(Edit: I’ve replaced the original video with a much better one. The original can still be viewed here, but I don’t know why you want to.)

Today being Wednesday, we would normally have carried on with the next chapter of our little textbook. But it’s still summer, and humanity’s got this new car-sized robot on Mars, so I thought I’d share another video. It’s small and grainy awesome. (Try watching it in fullscreen mode.

For more context on what’s actually happening here (hint: the big thing that flies off at the beginning is a heat shield), you can check out Seven Minutes of Terror (about Curiosity’s insane landing sequence).  Or you can watch this video, which combines animation and actual audio.

The new Mars rover, Curiosity, has successfully landed on the surface of the red planet. This is a pretty big achievement. To understand why it’s so crazy that NASA was actually able to pull this off, check out this video from an earlier post.

In order to explain what black holes are like, I’d like to relate to you the following parable.

A bunch of physicists are up late one night. They’ve been at a party. Most of the guests have left by now, nobody’s noticed that the music has stopped, and the air smells only faintly of sweat and a remarkable range of mind-altering substances. Somebody is passed out on the couch, but no one seems to know who it is. During a lull in the mumbled conversation, one of them happens to look up through a skylight and see the stars. She begins to think about how far that light has travelled to reach Earth, and about why it didn’t just stay where it is. She says so, out loud. One person mumbles in agreement. Another person suggests that maybe some stars don’t allow their light to leave at all. This sparks a two-hour long discussion that includes a whole complement of theories related to this kind of dark star, with names like the no-hair theorem and the information loss paradox. Before the last of them finally falls asleep, he mutters, “Black hole. We can call it a black hole.”

To the best of my knowledge, this is not a true story. But if you learn enough about black holes, you might be tempted to think that this is how people thought up the idea.

END_OF_DOCUMENT_TOKEN_TO_BE_REPLACED

Ok, if you’ve already read the previous post, we can now dive into the awesomeness of General Relativity.

I’ve already said that Isaac Newton was bothered by his own theory of gravity because it seemed to involve things affecting each other through empty space, without ever coming into contact. In fact, nobody felt comfortable with the idea of a force that acted at a distance: it seemed too much like fantasy and not enough like solid science.

The only problem was that this theory worked very, very well. It explained almost everything related to gravity, most notably the motions of all of the planets and stars in space. It was even used to successfully predict the existence of the planet Neptune based on the motions of Uranus (albeit almost 200 years later), and verified predictions are the true test of any scientific theory. But Newton wrote the following in a letter six years after publishing Principia:

“That gravity should be innate, inherent and essential to matter, so that one body may act upon another at a distance through a vacuum, without the mediation of anything else, by and through which their action and force may be conveyed from one to another, is to me a great absurdity, and I believe that no man who has in philosophical matters a competent faculty of thinking, can ever fall into it. Gravity must be caused by an agent acting constantly according to certain laws; but whether this agent be material or immaterial I have left to the consideration of my reader.”

This was a daunting challenge, and one which most people judiciously ignored until Albert Einstein began working on General Relativity in 1907.

END_OF_DOCUMENT_TOKEN_TO_BE_REPLACED

Before I even say one word about General Relativity, I feel obliged to issue a stern warning: prepare to be frustrated.

You see, most of the rest of the physics you’ll see on this site originated within one or two hundred years of Isaac Newton and the invention of calculus. This means that although there is some quite difficult mathematics behind it, most of it is based on direct observation and can be understood from a conceptual standpoint without worrying too much about the math.

But by the time Einstein came along, the field of mathematics had made some significant progress. All of the physics theories loosely called ‘Modern Physics’ (the Theories of Special and General Relativity and Quantum Mechanics being the main elements) involve lots and lots of extremely difficult math, and General Relativity is no exception. Read almost anything on the subject, and you’ll only need to encounter a few words like ‘semi-Riemannian metric’, ‘Lorentz invariance’, or ‘tensor fields’ before realizing that a true understanding of this stuff requires a small library of books, a PhD, and godlike determination.

So when it comes to modern physics, if you want to avoid the math, you’ll be limiting yourself to hearing only the consequences of the theory rather than getting satisfying arguments for why it must be true.

But with that said, the consequences are so important and yet so eye-gougingly bizarre that they deserve some mention.