Ok, I really should be getting on with the chapter on Energy, but I just had to post this.

Voyager 1, a space probe the size of a small car, will soon become the first human-made object to leave our solar system. Launched in 1977, it is still – amazingly – sending back new data about the mysteries of outer space 10 billion kilometers away, more than 35 years later.

Voyagers 1 and 2 flew past Jupiter and Saturn, taking photos on the way. (Voyager 2 also went by Neptune and Uranus, but its path slowed it down a bit, meaning Voyager 1 is now farther from us.) Then they headed out towards interstellar space with the hope of being found, someday, by intelligent beings. Both probes were equipped with a golden record, which contained music, sounds, and images, as well as instructions on how to properly play the disks. (For more on the audio side of this project, you should definitely listen to this wonderful episode of Radiolab.)

The reason for today’s post is this gallery of images from the records, which I always find mesmerizing. 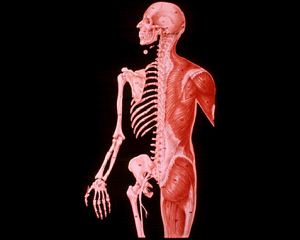 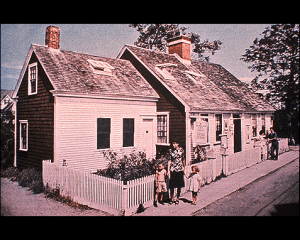 The first few images feature various ingenious methods to explain our number system and standard measurement units – from dots to binary code to the basic elements. These are followed by a set of images that describe our solar system, diagrams and photos explaining human physiology and development, and finally a photographic depiction of life on Earth.